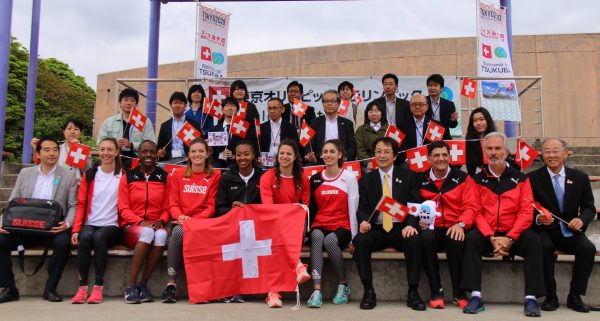 From 3rd to 9th May 2019, Swiss athletics women’s relay 4x400m team conducted a training camp at University of Tsukuba prior to “IAAF World Relay 2019 Yokoyama”. Thanks to a lot of people’s cooperation, the team resulted in 7th at the competition! 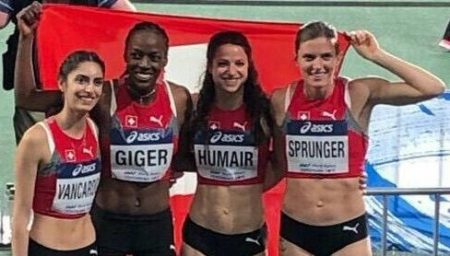 We would like to introduce our support for the Swiss team.

Training prior to the competition was held in Athletic Field of the university. With the cooperation of staff and members of Track and Field Club of the University of Tsukuba, the Swiss team was able to concentrate on their training even the club activities or classes held at the same time. (Cooperated by Track and Field club, University of Tsukuba)

with Staff and Members of Track and Field Club 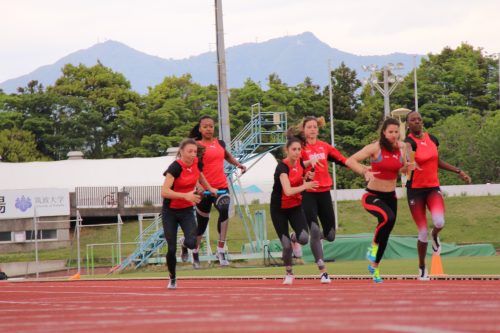 with Members of the Exercise Nutrition Laboratory

University students attended the Swiss team. Their intensive support helped the team to concentrate on their training — such as preparing ice baths just after the training or support transportation. In addition, they organized the Tokyo tour with the Swiss team. The Swiss team was able to enjoy both traditional and modern aspects of Tokyo by visiting Asakusa (the traditional area) and Ginza (the modern area). 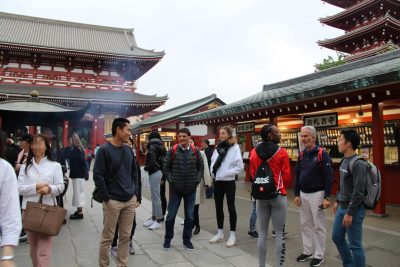 Tokyo Tour with Students (at Asakusa) 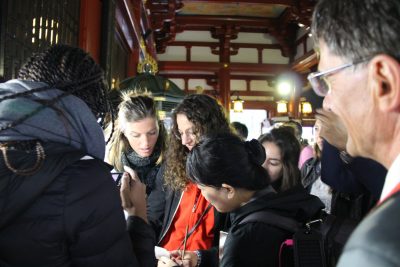 Tokyo Tour with Students (Explaining about the “Fortune Telling Paper”) 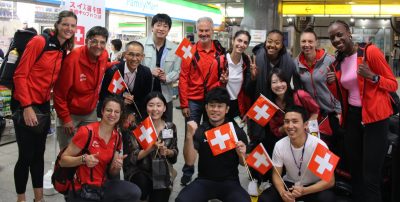 Saza Coffee (University of Tsukuba Store) has organized the Coffee Roast Tour in the store. Their coffee and cake seemed to make the team relax. 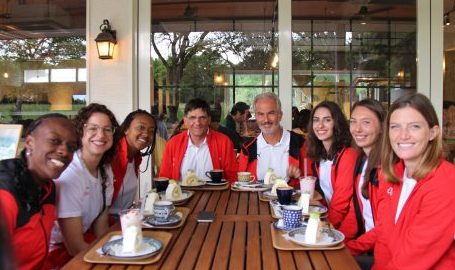 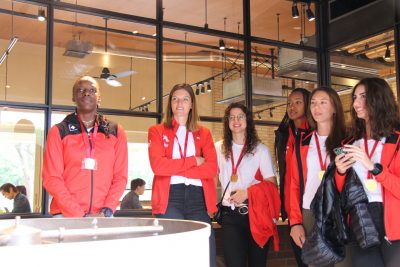 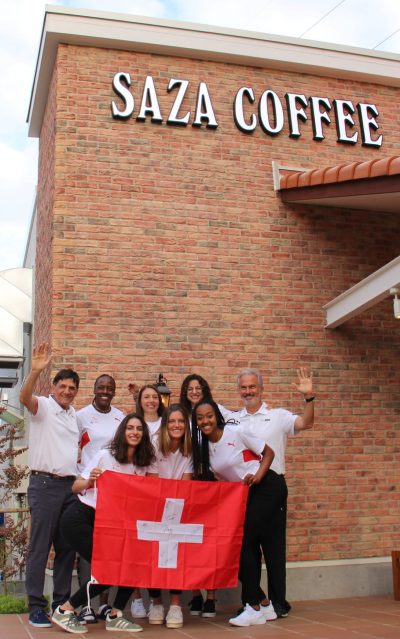