Report on the 2018 PyeongChang Winter Olympic and Paralympic Games

A celebration of snow and ice, the 2018 PyeongChang Winter Olympic and Paralympic Games’ experience has come with memories that will last a lifetime for me. I am Chungmi Lee, student of TIAS (Tsukuba International Academy for Sport Studies) in University of Tsukuba. I’m studying sport and Olympic Studies, especially sport management here, also I have learned Japanese culture such as Japanese hospitality – Omotenashi – and Matsuri (Japanese festivals), and sport in Japanese way such as Budo (Japanese martial arts) and Taiiku (Japanese health and sports education).
I can express my life as variety one because I have a lot of experiences in different fields. I worked Samsung for six and half years as security manager, I studied abroard for Masters and Ph.D in USA, and worked government affiliated organization and some sports event organization committees after came back to my country, Korea.
However, from that moment I started work till now I strongly believe that sport has power to change the world and people’s life. Especially Olympic game has strong power for it. I realized it when I participated in International Olympic Academy (IOA) Post graduate Seminar in 2007. Olympic has value and its noble ideas related with peace and harmonies of human being are very fascinating thing in the world. I always want to contribute my ability and passion to the world since I finished Ph.D, and want to do exciting and interesting thing in my life.

Get involved in the PyeongChang games 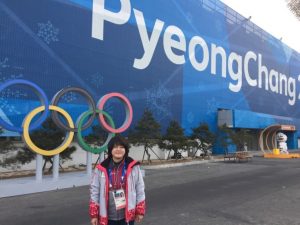 I’m looking for something to make my heart ponding for whole my life, and I found that Olympic is the one I am looking for. That is why I wanted to apply to work for Olympic Organizing Committee.
I was a Venue Manager who operates and manage the venue, and my job was to take care of all venues in Gangneung Olympic Park including all ice sport – Skating, Ice Hockey, and Curling – venues, sponsor showcases and hospitality houses, Super store, and Live site.
There were two clusters for Olympic and Paralympic Games, one is Pyeongchang Mountain Cluster and another one is Gangneung Coastal Cluster. In the Mountain cluster, there were one Olympic Park and one Olympic Plaza, and in the Coastal cluster there was one Olympic Park. The Olympic Park in Mountain Cluster is called Alpensia Olympic Park which most snow sport venues and sliding sport venues were located in PyeongChang. The Olympic Plaza which Olympic stadium, Medal plaza, and some sponsor showcases were located is also in PyeongChang. 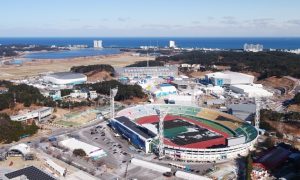 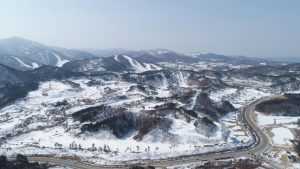 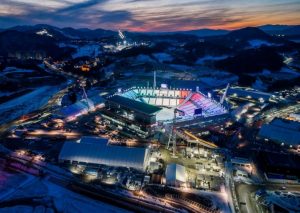 The biggest challenge of my work is dealing with spectators, especially entering and leaving the Olympic Park. For example, I need to handle those things; people who wanted to buy ticket outside of park (but tickets were limited), people with long line for security check, a lot of complaints from people, illegal ticket scalper, emergency cases, and so on. 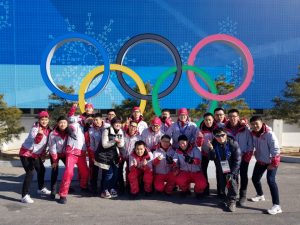 Second challenge is to take care of sponsor’s showcases and hospitality houses. There were Samsung, Coca-Cola, McDonalds, KT, North Face, KIA, and Alibaba Showcases and Japan and Korea National Houses to promote their image and products. Each house has some problems because those houses were built as a temporary, and many unexpected things were happened. I had to fix not only big issues but also small complaints. Japan house complained about bad smell from a temporary toilet because it was built inside of big tent without any ventilating system, so I called construction company of those temporary house to fix that problem.
In fact, my main job was to take care of spectator flow of each competition venue which our organizing committee worried about it the most, but there were only some minor problems, because volunteers already had experienced how to run the event through Test events last year. 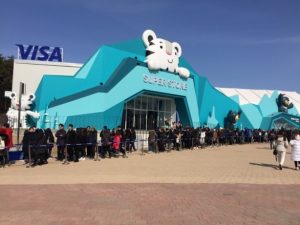 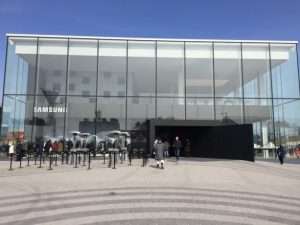 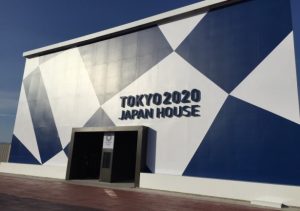 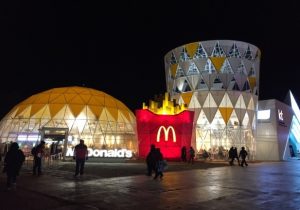 There are several minor issues for Olympic Games overall, such as transportation problems and norovirus, but the biggest one is the weather. Some media said the cold weather is only one thing that they can say in negative way. This Olympics has been the coldest in over two decades, and it is the rarest of days when the mercury rises above zero. Bone-chilling February winds have caused some events to be rescheduled, but the elements have not inhibited fans. Except that, according to the media, it was a successful Winter Olympic Games ever.

This Olympic and Paralympic shows how sport and Olympic contribute to world peace and make harmony among people. South Korea and North Korea made united team dramatically, and it was the first history in Olympic game. We have been marched together several times in both summer and winter Olympic Games before, but it is the first time to make unified team. Also, North Korea sent cultural delegates and cheerleaders to Pyeongchang, which was very unique situation as well. We hope that the PyeongChang Games will be remembered for creating a climate for apparent rapprochement between South and North Korea, and it is sure that this Olympics will became a cornerstone.
Another achievement of this game is our volunteers, so called “Passion Crew”. Many guests and spectators said they “loves” the hand sign that many of young volunteers uses to greet spectators (i.e. put your thumb and forefinger together to indicate “love”). Smiles and friendly gestures helped transcend language barriers. I also experienced those lovely volunteers, and they are so advocated. They were not only helpful, friendly, but also they had lots of good energy to help people even on their breaks. So our volunteers could be counted as one of the important Olympic legacy.
I met some people from Tokyo 2020 and they asked how POCOG make a boom up for Korean people, and how we found and educated those passionate volunteers. They said that they got an impression that many people came to Olympic Park and buy souvenirs. The marketing director of POCOG said our media and our mascot Soohoran & Bandabi’s popularity helped a lot to the success of the games. I think we didn’t expect this kind of big success, but all of things helped us. 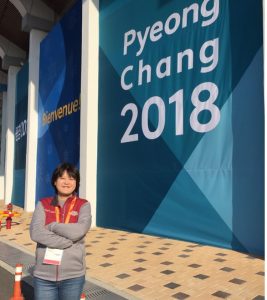 Korea is hosting the Winter Olympics three decades after the 1988 Seoul Summer Olympics. It is the second Asian country to host the Winter Olympics after Japan which hosted two Winter Olympics. We are the World’s sixth country to host both the Summer and Winter Olympics.
I do not say there are only positive effects to our country, but it is true we have got pride of it. Being the perfect host is difficult and demanding, especially on a grand sporting scale such as this, but at the “Peace” Games, even in below-freezing temperatures, I believe this successful event made a history, and I feel honored that I was part of that.