“The 1st Tsuku-Saka Caravan” was Held 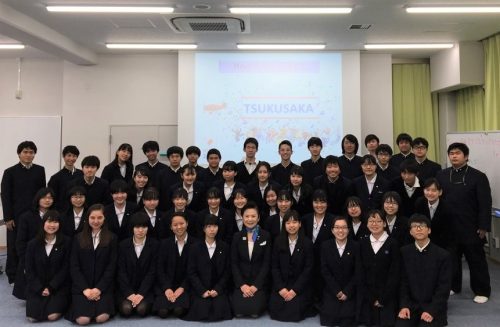 On 2nd March 2019, “Tsuku-Saka Caravan” was held at Senior High School at Sakado, University of Tsukuba. 2nd Graders of the senior high school at Sakado planned and conducted this project with the thought that they wanted their schoolmates to think the Olympic and Paralympic Games Tokyo 2020 as a chance to be involved in, not just watching the game passively. They wanted to show their friends that there are various ways to get familiar with Olympic and Paralympic Games.

The main conductors of this project attended the “Volunteer Training Seminar” last year, and took the class “Mind of hospitality as a volunteer, global manners, and cross cultural communication” by Visiting Professor, Ms. Izumi Egami. Through this course, they learned the importance of comprehensive mind and the manners to communicate with people all over the world, and how Japanese people lack those important minds, even they are necessary in the globalizing world.
After the course, they wanted to share Ms. Izumi Egami’s idea with their schoolmates and planned “Tsuku-Saka Caravan”.

About 50 students attend the class, and all of them listened eagerly. Everyone get something from the seminor, for example, global manners and ways of communication helped a lot for whom considering study abroad in the future, and manners for interviews at university entrance gave chips for students who will take entrance exams next year. 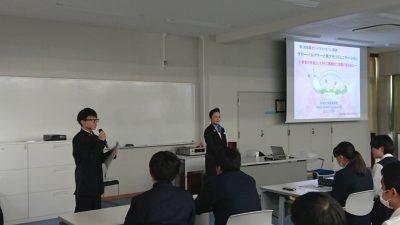 According to the questionnaire, more than half students said that they were able to deepened their interests toward the Olympic and Paralympic Games. Furthermore, many students were inspired by Ms. Egami’s talk of Para sports, and wrote that they wanted to experience Para sports next time.

The next project will be planned and organised according to the requests confirmed through the questionnaire. 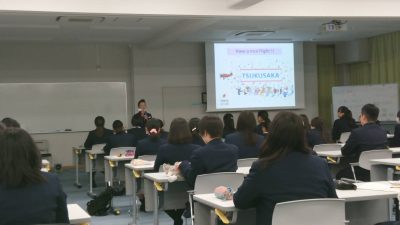